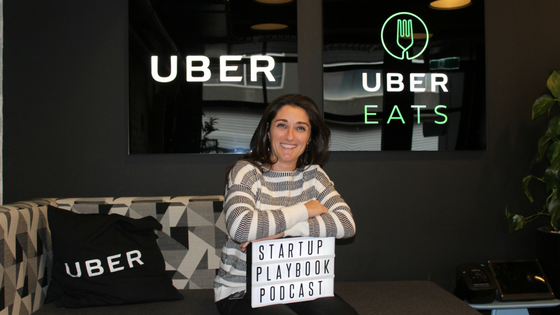 My guest for Episode 66 of The Startup Playbook Podcast is Jodie Auster, the GM of UberEATS Melbourne.

Jodie started her career as an emergency doctor, before going to Business school. She then joined Scoopon as an early hire and as the General Manager of Operations, oversaw the growth of the company from 50 to 110 employees, enabling a doubling of the number of deals offered per week and generating 50% increase in weekly gross profit.

She then moved to San Fran to join Thumbtack originally as the Director of Customer Operations before becoming the Vice President for people at the organisation, overseeing 4 funding rounds (totalling $267M in funding), 10x in revenue growth and 15x growth in people.

In late 2016, she moved back to Australia and took over as the GM of UberEATS Melbourne, one of the first cities in the world to launch Uber’s new product.

In this interview we discuss; hiring ahead of your needs, the importance of understanding the unit economics of your business, customer experience debt and hypothesis driven problem solving.

BLOG – The 3 Pillars of Growth