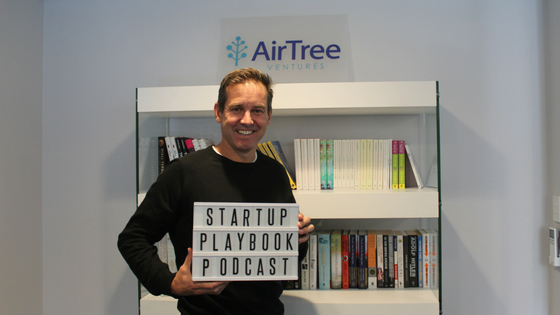 My guest for Episode 81 of The Startup Playbook Podcast is Craig Blair, the Co-founder and Managing Partner at Airtree Ventures.

Airtree is one of the leading and largest VC funds in Australia, managing a $250M fund to be deployed in companies from seed to Series C and beyond. Some of the companies in their portfolio include Canva, Prospa, Edrolo and Brosa.

Prior to starting Airtree, Craig had extensive experience in building and growing companies. He was the founder of three software businesses including Travelselect, one of the early online travel companies in the UK, Beamly Australia (formally known as zeebox) and the founding Chairman of PetCircle, Australia’s largest online Pet ecommerce player.

After moving back to Australia, Craig started the Netus fund with Daniel Petre, his co-founder at Airtree. Over the 5 years of the Netus fund, Craig and Daniel provided a 4x cash on cash return on investment making it one of the most successful VC funds in Australia.

In this interview, we spoke about:

Other channels:
Watch the video on Youtube here.
Don’t have iTunes? The podcast is also available on Stitcher & Soundcloud