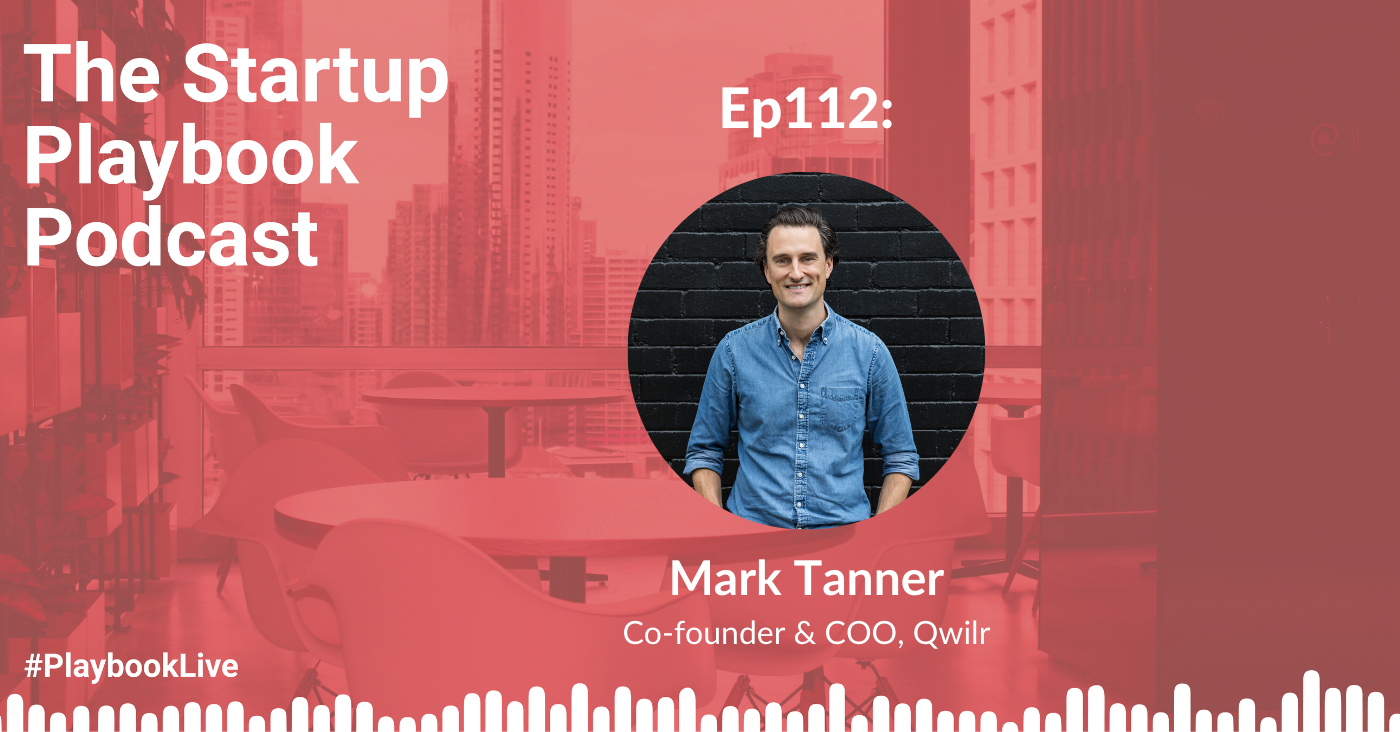 My guest for Episode 112 of The Startup Playbook Podcast was Mark Tanner, the Co-founder & COO of Qwilr.

Mark began his career working at an ebook startup during the early days of the Kindle and the iPhone, before joining Google to help forge many of the publisher partnerships that led to Google Play Books and ebooks on Android.

During his time at Google, he got a first-hand look at how global communication tools were changing, and the potential future of documentations and presentations.

After moving back to Australia in 2013, Mark along with his high school friend Dylan, co-founded Qwilr to reinvent the way businesses communicate through documents.

Since raising $1.5M in 2017, Qwilr has grown from 15-40 people, expanded into the US and Europe and seen revenue double year-on-year.