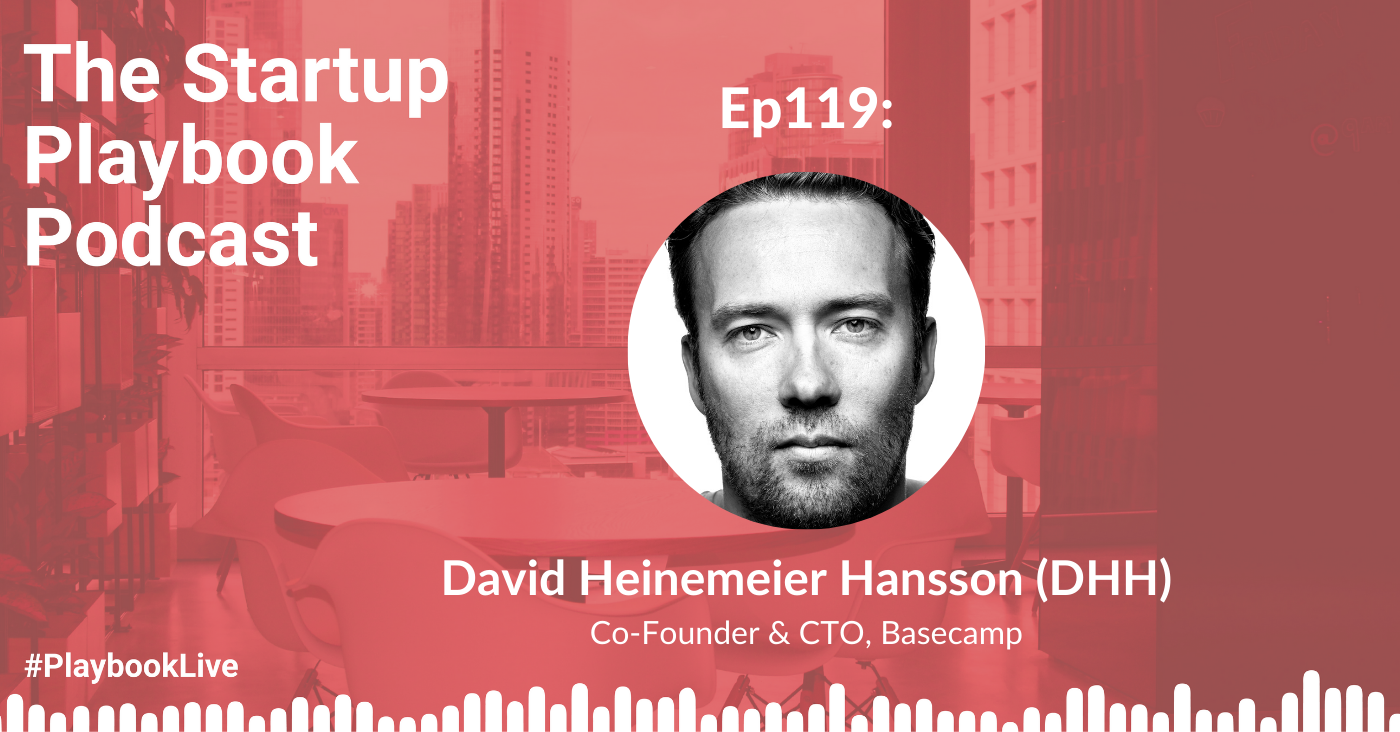 My guest for Episode 119 of The Startup Playbook Podcast is the Co-founder & CTO of Basecamp, David Heinemeier Hansson (aka DHH).

Basecamp launched in 1999, initially as a web design company before shifting focus in mid-2004 to web application development. Its first commercial application was Basecamp, followed by Backpack, Campfire, Highrise and HEY.

David is also the creator of Ruby on Rails, an open source web application framework. David created Ruby on Rails as an internal Basecamp tool before releasing it to the public in 2004.

Hundreds of thousands of programmers around the world have built amazing applications using Rails. Some of the more famous include Github, Shopify, Airbnb, Square, Kickstarter, Artsy, Zendesk, and Goodreads.

If that isn’t enough, David is also a bestselling author of books such as “Remote”, “Rework” and “It doesn’t have to be crazy at work”. He has also raced in the FIA World Endurance Championship for the past seven years. In 2014, he won his class in the 82nd running of the 24 hours of Le Mans – the world’s biggest endurance race, while also winning the WEC championship in the GTE-Am category that year.

In June 2020, Basecamp launched it’s latest product – HEY, a premium email service to compete with the likes of Gmail.

Join our next live podcast interview with Simon Griffiths, the Co-founder & CEO of Who Gives A Crap
Date: 14th July 2020
Time: 8-9am (AEDT)
Registration link: https://tinyurl.com/Ep120Simon