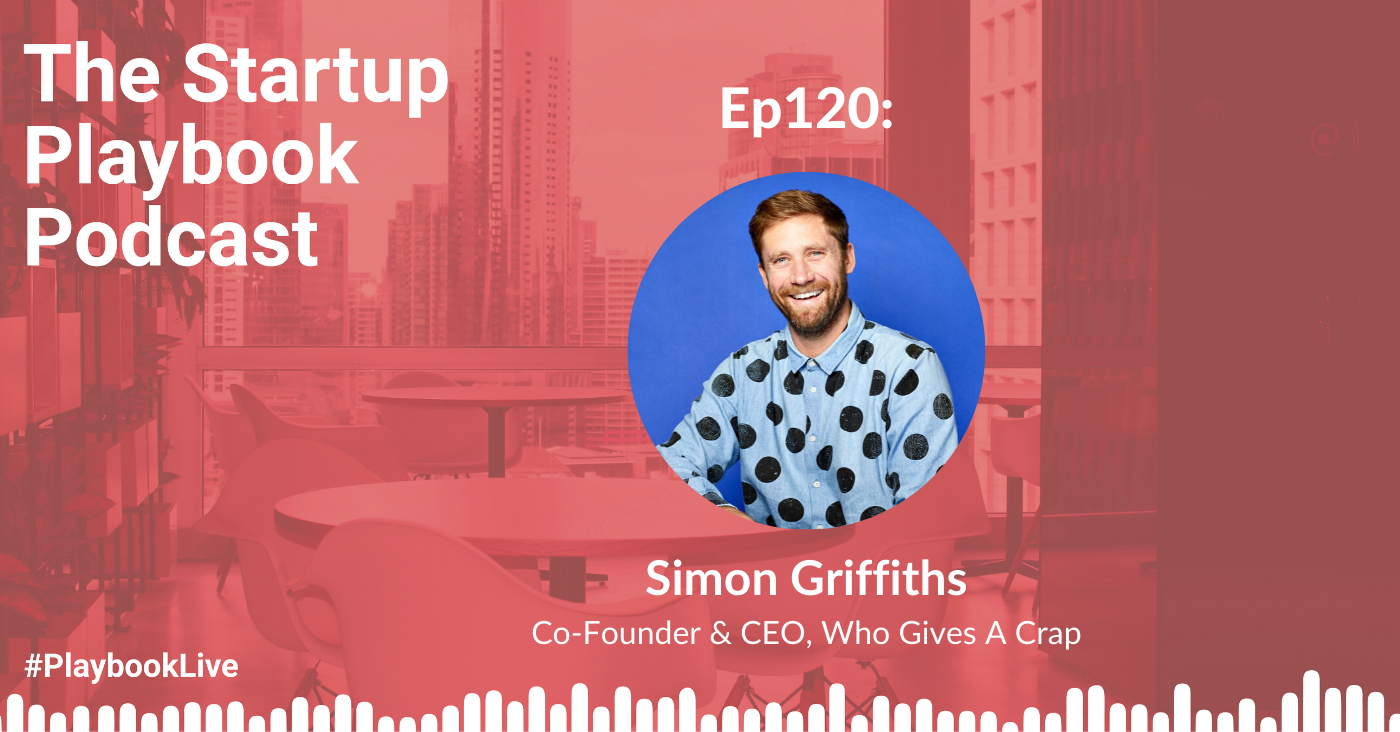 My guest for Episode 120 of The Startup Playbook Podcast was the Co-founder & CEO of Who Gives a Crap, Simon Griffiths.

Who Gives A Crap is a subscription-based toilet paper, tissue and paper towel brand that donates 50% of its profits to help build toilets in the developing world.

Simon launched Who Gives A Crap with a crowdfunding campaign in 2012, where he sat on a toilet for over 50 hours with a live web feed until he had pre-sold the first $50,000 of toilet rolls.

The business has come a substantially long way since then. Who Gives a Crap recently announced that this year they have donated $5.85M to WaterAid making it the largest donation they have received this year and the third largest donation globally in the last 2 years behind Pepsi and HSBC.

We covered a variety of topics in this interview including: