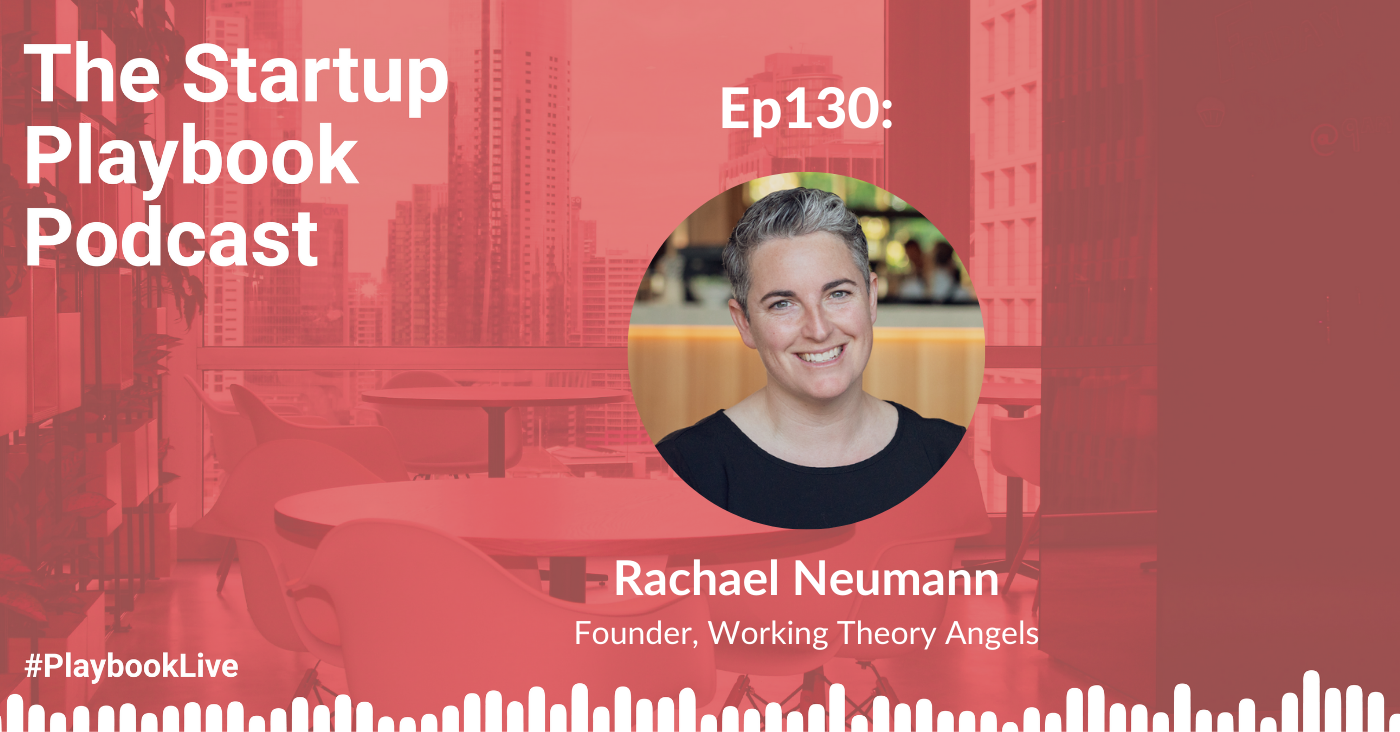 My guest for Ep130 of The Startup Playbook Podcast was returning guest and Founder of Working Theory Angels, Rachael Neumann.

I first interviewed Rachael for Ep057 of the podcast back in July 2017 when we discussed her background as the former General Manager of Eventbrite in Australia and her views on investing in founders and the ecosystem at large.

Over the last 3 years, Rachael has continued to double down on this space as a startup advisor and angel investor, board member of StartupAus and sitting on two federal program committees, the Entrepreneurs’ Programme Committee (EPC) and Boosting Female Founders Initiative (BFFI).

She was also recently the Head of Startups at AWS where I had the pleasure of working with Rachael before she transitioned to the AWS Leadership team.

Alongside all of these committments, she has also Founded and launched Working Theory Angels, a new angel network designed to mobilise more investment into early stage startups and attract new investors to the space.

Special thanks to Paul Napthali, Kylie Frazer, Bessi Graham, Megan Elizabeth and Jeremiah Siemianow for their help with research for this interview.