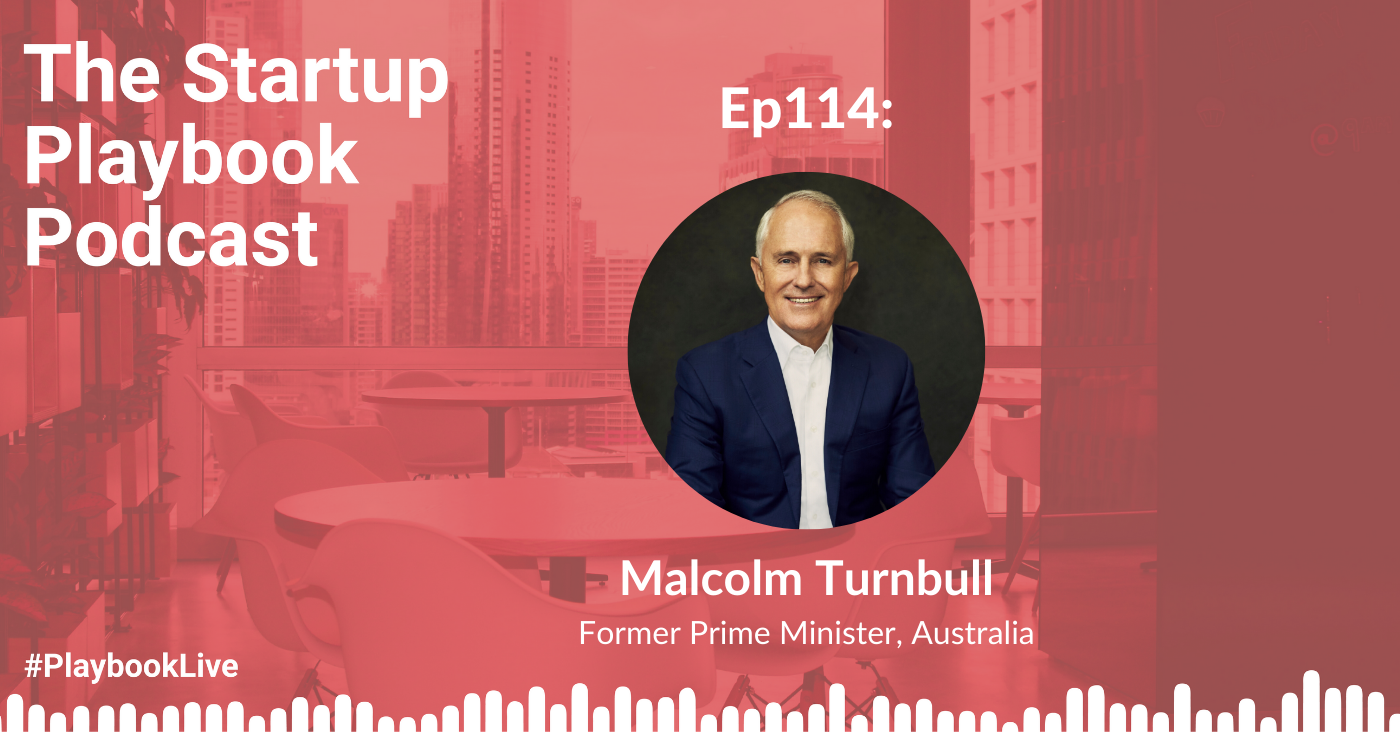 My guest for Episode 114 of The Startup Playbook Podcast was the Former Prime Minister of Australia and investor, Malcolm Turnbull.

Malcolm is best known for his career in politics, particularly through his role as the 29th Prime Minister of Australia.

However, prior to his career in politics and after a successful early career in journalism and law, Malcolm shifted his focus to business in 1987 where he has since been responsible for the establishment and success of many Australian businesses as both an entrepreneur and investor.

Malcolm was an early investor into tech businesses in Australia, which included a $500,000 investment into OzEmail that resulted in a $57M exit.

Since leaving politics, Malcolm has gone back into business as an investor, backing exciting Australian tech companies such as; Myriota, Advanced Navigation and Safety Culture.

He has also recently released his autobiography, A Bigger Picture, which tells the remarkable story of his life so far covering his experience in business, politics and more!

In this interview, we pulled on some of the many common threads in his career and life to date. We discussed a range of topics including: