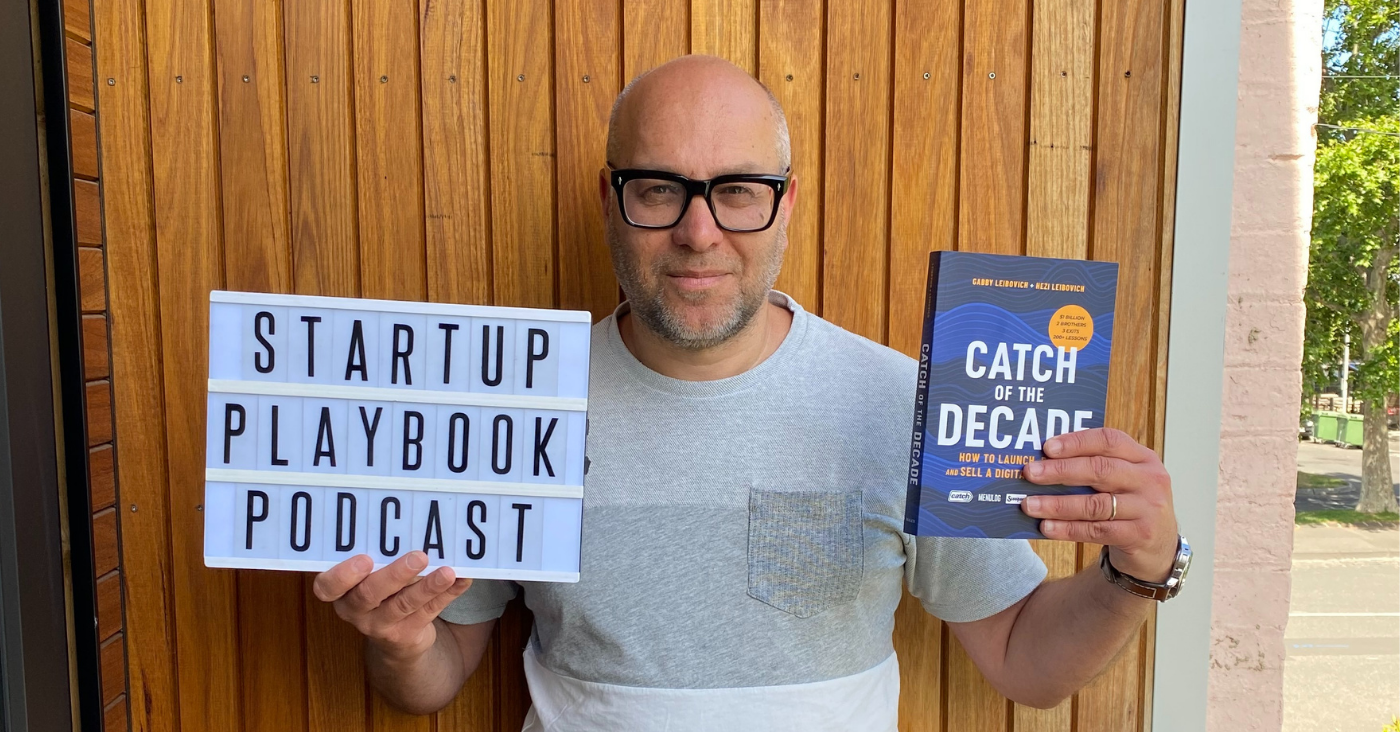 My guest for Ep135 of The Startup Playbook Podcast was Gabby Leibovich, Co-founder of The Catch Group.

Gabby and his brother Hezi are two of Australia’s leading e-commerce entrepreneurs.

In October 2006, they launched Catch of the Day, a website that provided an exclusive deal on it’s platform everyday. By 2010 it had become Australia’s most visited online shopping site. In August 2019, Catch was sold to Wesfarmers for $230M.

Alongside Catch, they also launched Scoopon in 2010 which was acquired by the Lux Group in 2017 and after launching EatNow in 2012 and merging with Menulog in early 2015, they were then acquired by Uk based Just Eat for a whopping $855M just a few short months later.

Many of the stories and lessons behind these businesses was documented in Gabby and Hezi’s new book Catch of the decade…This book been one of my favourite reads this year!

In this interview we discussed some of the themes mentioned in the book including :

Special thanks to Adir Shiffman and Guy Polak for their help with research for this interview ? .