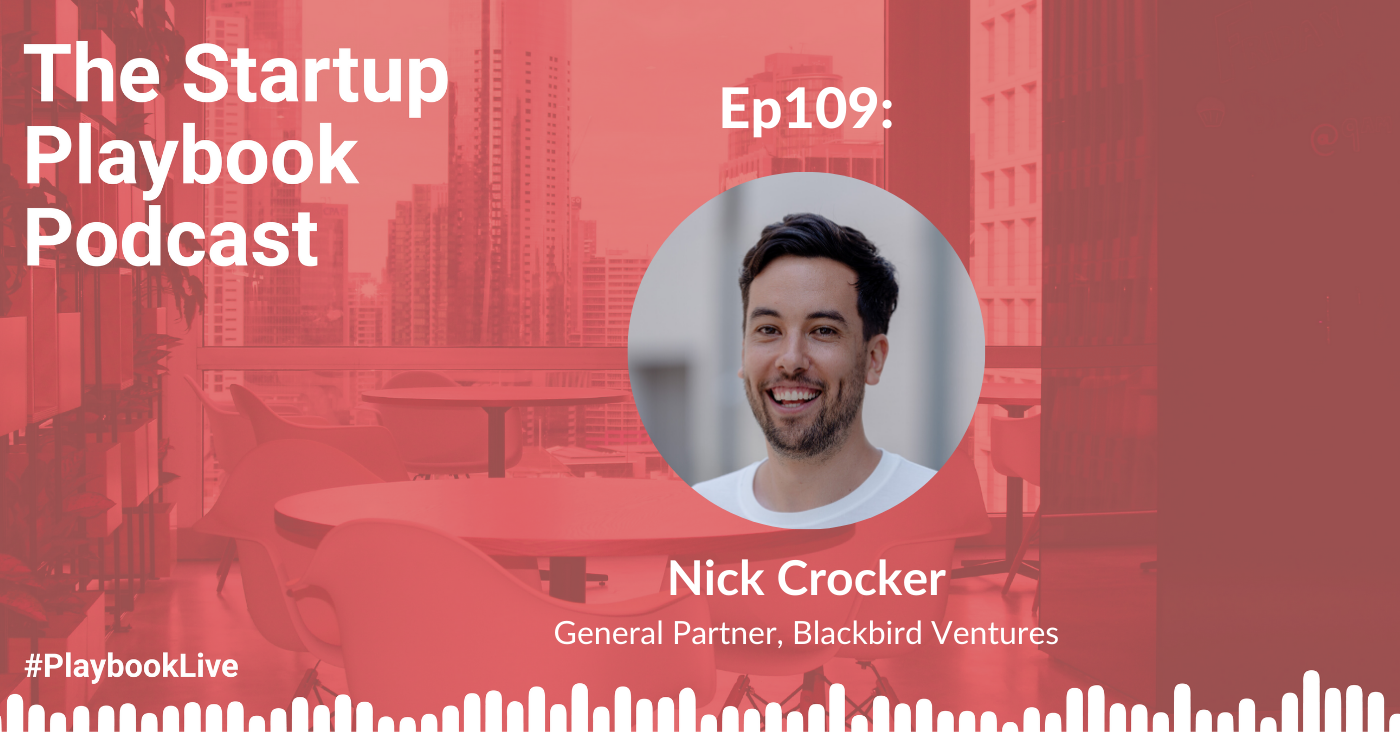 My guest for Episode 109 of the Startup Playbook Podcast (and returning back to the show) is the General Partner of Blackbird Ventures, Nick Crocker.

Prior to joining Blackbird, Nick was a successful founder. He was the Co-founder of We Are Hunted (acquired by Twitter) and Sessions (acquired by MyFitnessPal).

After MyFitnessPal was acquired by Under Armour for $475M, he went on to lead their Product Strategy and Operations in San Francisco.

I initially interviewed Nick for Ep39 of The Startup Playbook Podcast in March 2017, shortly after he had moved back to Australia to join Blackbird VC as a Venture Partner for the (at the time) $230M fund.

Since then, Nick has become a General Partner at Blackbird Ventures (now a $500M venture capital firm) that counts companies such as Canva, SafetyCulture, Culture Amp and Zoox as part of its portfolio.

In this interview we spoke about a range of topics including:

Join our next live podcast interview with the Co-Founder of Up, Dom Pym!
Date: 5th May 2020
Time: 8-9am (AEDT)
Registration link: http://tinyurl.com/ep110DomPym